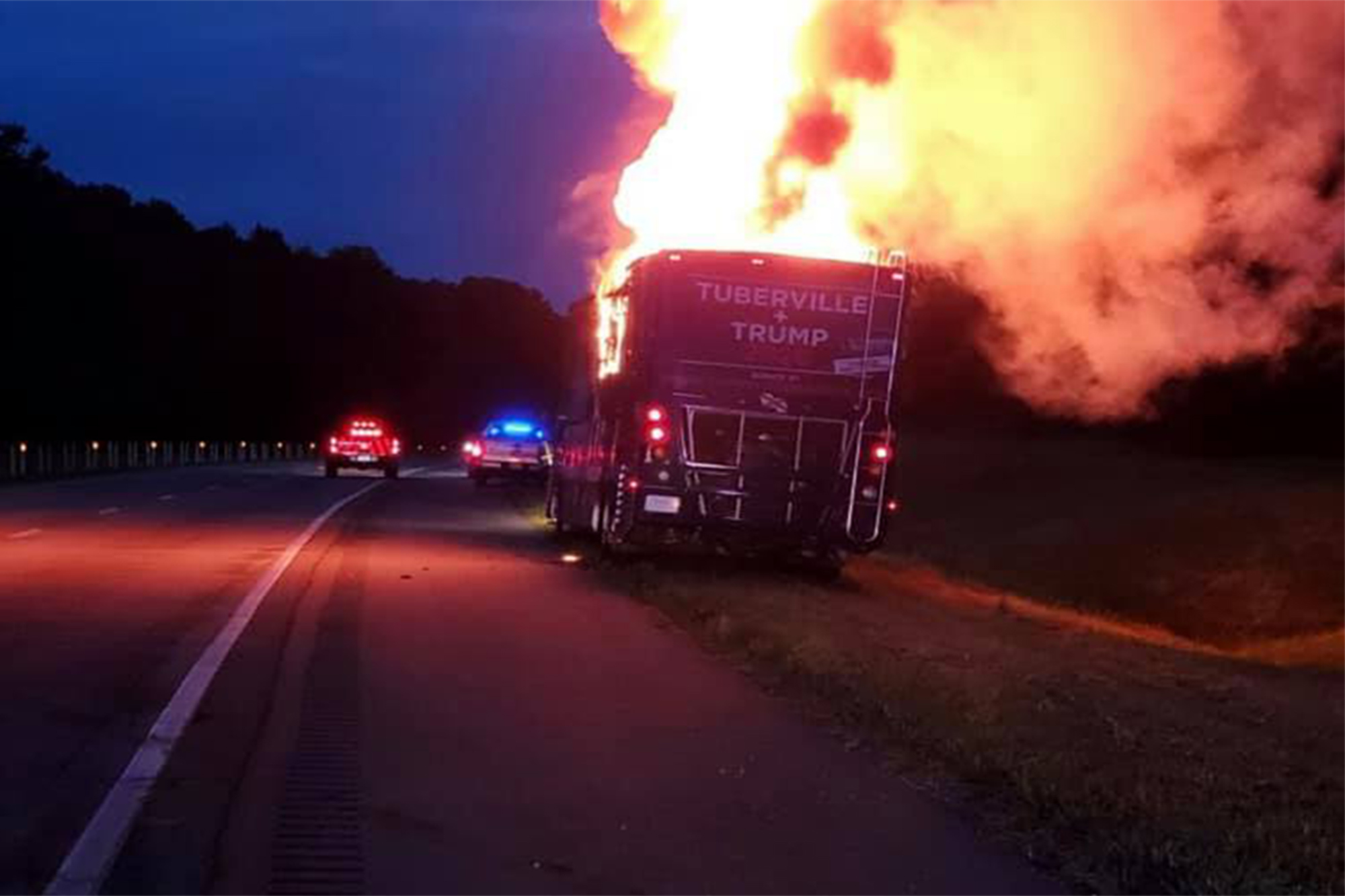 A campaign bus belonging to Jeff Sessions’ opponent for Alabama’s Senate seat burst into flames on a highway Wednesday night.

The driver of Tommy Tuberville’s bus escaped injury after the vehicle caught fire heading northbound on Interstate 59, according to the DeKalb County Sheriff’s Office.

Photos posted to the department’s Facebook page show flames roaring from the bus that is pulled over on the grass abutting the highway.

The winner of July’s election will go on to face Democratic incumbent Sen. Doug Jones.