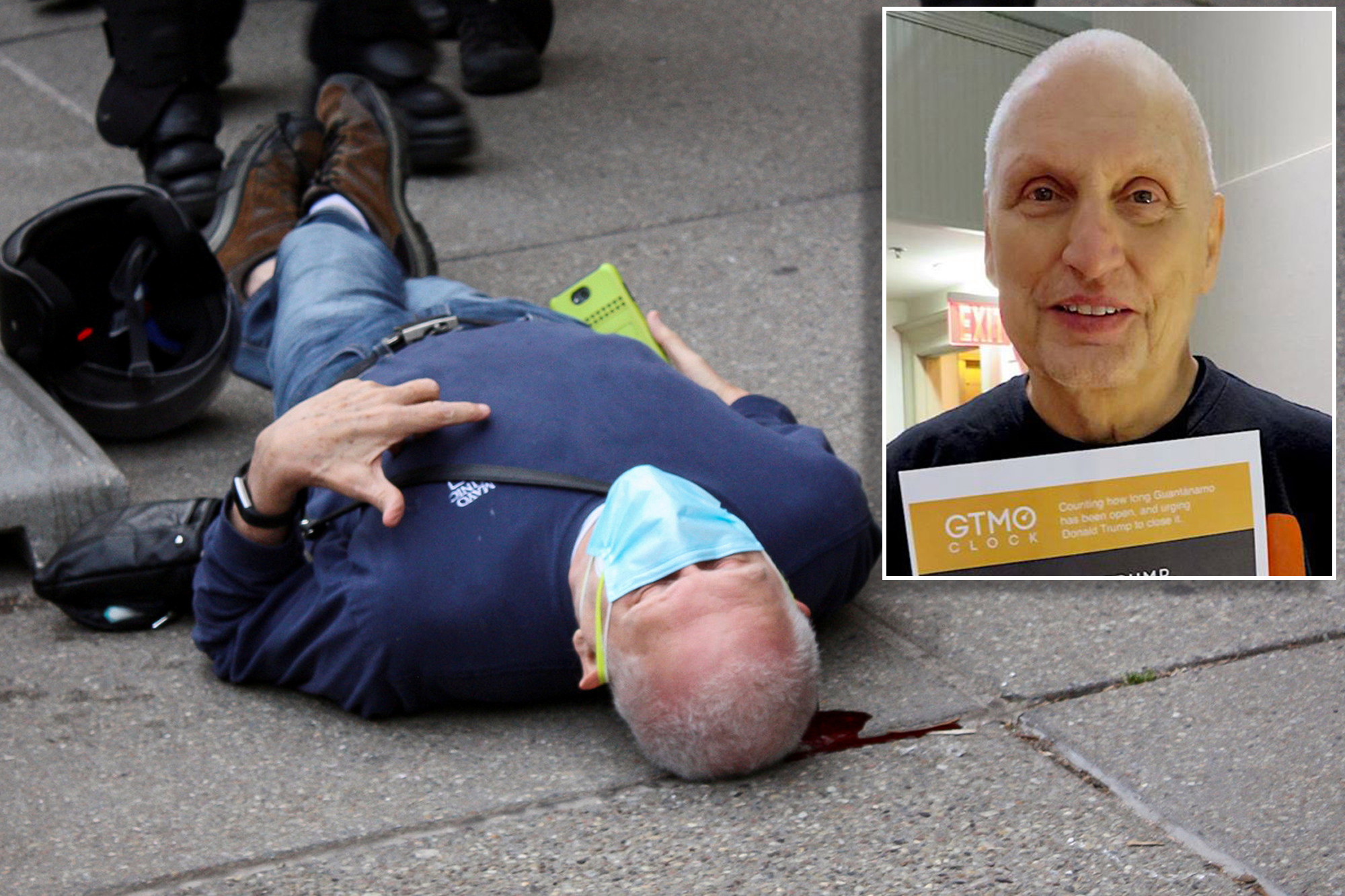 Buffalo protester Martin Gugino has been released from the hospital nearly a month after he was pushed by two police officers, causing him to fracture his skull.

The 75-year-old activist left Erie County Medical Center on Tuesday and is able to “walk with a little help,” his lawyer Kelly Zarcone said.

He’ll continue his recovery at an undisclosed location after receiving death threats.

“I was able to see Martin today and he looks great,” Zarcone said, according to WBFO. “I brought him the cards and letters sent to my office and he said he still felt overjoyed at the continued support and well wishes, ‘like it was Christmas Day.’”

Video from the June 4 incident showed Gugino approaching the line of Buffalo police officers in Niagara Square and two of them shoving him, causing him to stumble backwards and smack his head on the pavement.

Other officers strolled by as Gugino lie there, blood pouring out from the back of his head.

The two cops, Robert McCabe and Aaron Torgalski, were immediately suspended and charged with second-degree assault. They have pleaded not guilty.

Gugino, a lifelong activist who’s well known in the area, was marching as part of the widespread protests in wake of George Floyd’s police-involved death in Minneapolis on May 25.

“Martin said that he is pleased at the progress made so far to protect the safety of peaceful protesters, a topic near and dear to his heart,” Zarcone said. “He respects the burden of authority placed upon law enforcement but looks forward to the continued implementation of systemic changes to eliminate police brutality.”

Arsenal moving for more transfers as Arteta insists he is ‘looking at different options’...

Ostrich to be removed from safari park because he thinks he’s...

Ex-Trump adviser Brad Parscale‘hospitalized after barricading himself in home & threatening...

Tiny fox rescued by RSPCA after getting tangled in football club’s...