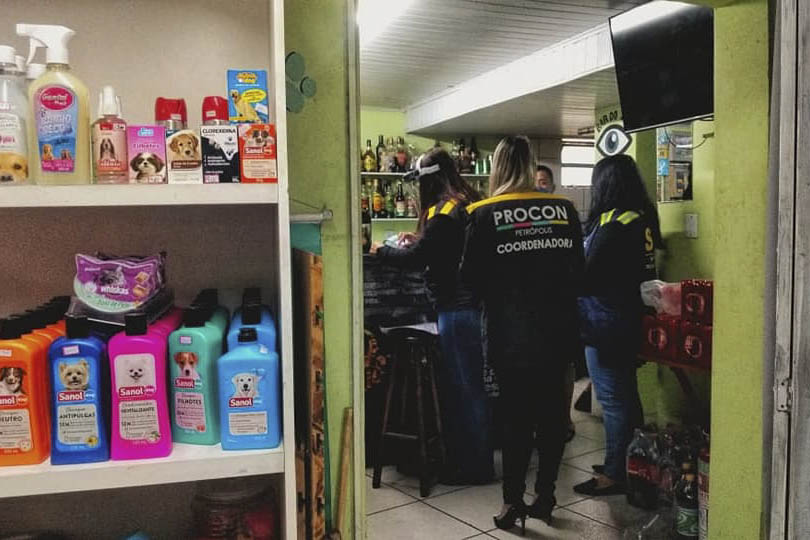 This pet shop is giving new meaning to the “hair of the dog.”

A man in Brazil put a new twist on the classic speakeasy when he was busted running an illegal bar under the disguise of a pet shop amid the country’s coronavirus shutdown, according to a report.

A total of 16 revelers were caught tossing back cold ones at a secret bar in a hidden wing of what appeared to be a pet store in the city of Petropolis, according to city authorities who raided and shut down the business.

But while there were plenty of boozehounds — there were zero actual animals inside, city officials said, according to Reuters.

“The owner served customers behind a closed door. They came in through the adjacent pet shop,” the spokesman said.

None of the down-low drinkers were wearing masks or practicing social distancing, and the owner was fined an unspecified amount.

Under the city’s lockdown, bars are not allowed to open but pet shops can because they are considered an essential service.

The shop, which was not named in the report, had pet food but lacked proper registration papers, the spokesman said.

Observers were quick to poke fun of the illicit watering hole  — saying it’s the perfect spot to order a greyhound or a funky monkey.

“I’ll have a snakebite and back please,” one observer quipped on Twitter.

Others pointed out the story is also the plot of a classic episode of “The Simpsons,” titled The Beer Baron. In the episode, Moe disguises his bar as a pet shop after Mayor Quimby discovers that alcohol has been banned in Springfield for centuries.