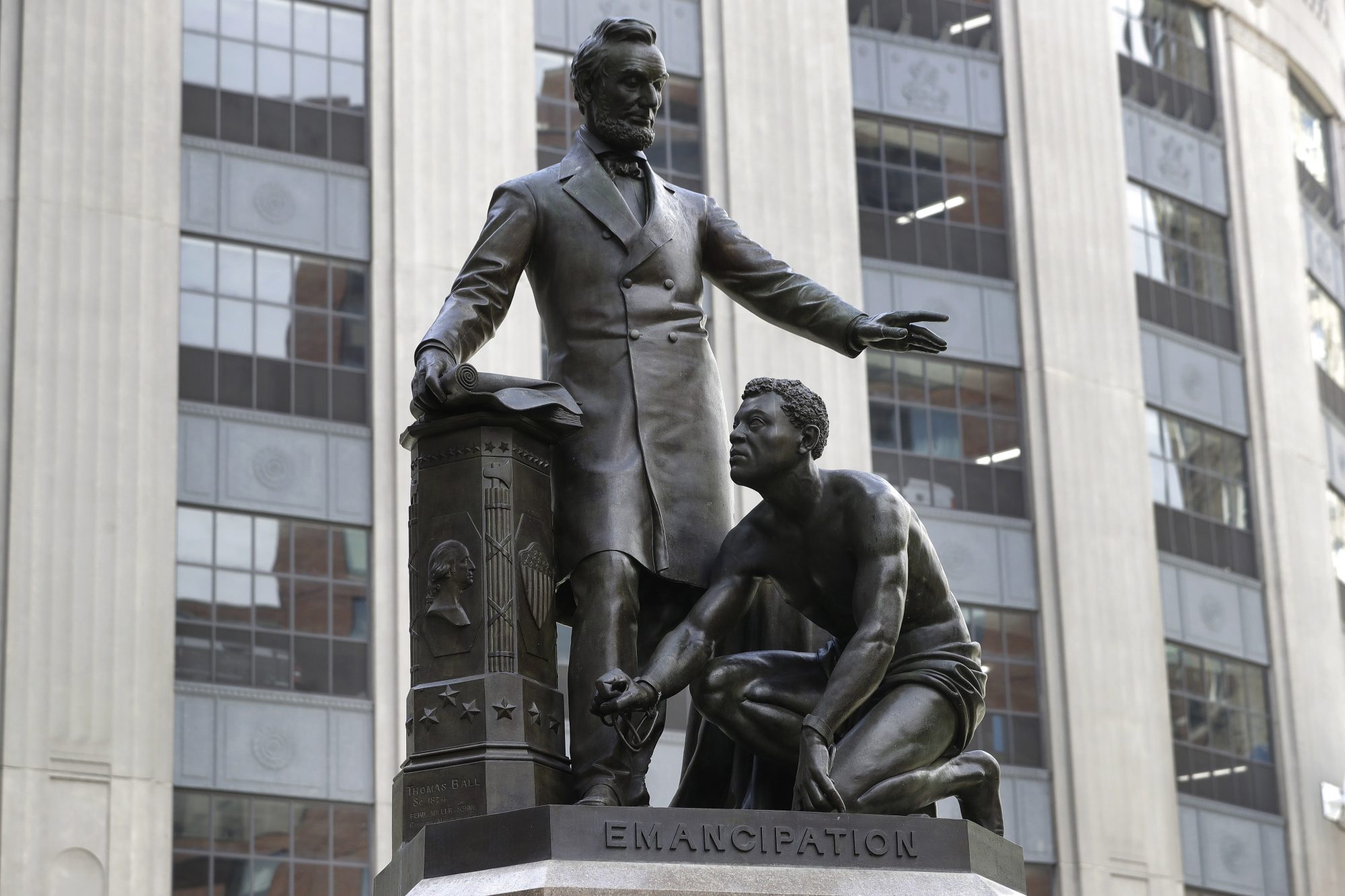 The Emancipation Memorial in Park Square — a replica of the original standing in Washington, D.C. — will be taken down with an art conservator “to document, recommend how the bronze statue is removed, supervise its removal and placement into temporary storage,” the motion reads.

“As we continue our work to make Boston a more equitable and just city, it’s important that we look at the stories being told by the public art in all our neighborhoods,” Boston Mayor Marty Walsh, who supported the statue’s removal, said in a statement.

Opponents of the statue voiced criticisms since its installation in 1879, Walsh noted. They argue not against Lincoln but the statue’s depiction of a freed slave, which they described as the result of toxic view held by slaveholders and even abolitionists.

Originally designed and sculpted by Massachusetts native Thomas Ball, the controversial statue shows Lincoln with one hand raised above a kneeling, shirtless man with broken shackles on his wrists.

“After engaging in a public process, it’s clear that residents and visitors to Boston have been uncomfortable with this statue, and its reductive representation of the Black man’s role in the abolitionist movement,” Walsh wrote.

The vote came in response to an online petition that collected more than 12,000 signatures calling for the statue to be removed amid nationwide protests over the Minneapolis police killing of George Floyd.

A date for the statue’s removal has not yet been set.

Samsung, Huawei, OnePlus and Apple all beaten by this latest release from Oppo

Trump blames Democrats for not allowing him to hold campaign rallies