Blood samples taken from New Yorkers reveal some antibodies against the novel coronavirus much earlier than previously believed, a study suggests.

Researchers found that residents of the Big Apple had been built up an immune response in late February.

That’s about one week before the first case was confirmed on February 29 and  announced on March 1 by Gov Andrew Cuomo.

The team, from the Icahn School of Medicine at Mount Sinai, says the findings could mean the virus was circulating in New York in late January or early February. 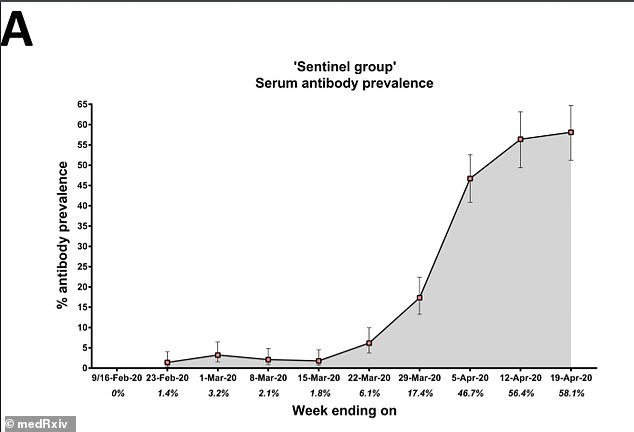 Coronavirus antibodies were detected in about 2.3% of samples for the week ending on February 23, with 1.4% in one group (above) and 0.9% in another group 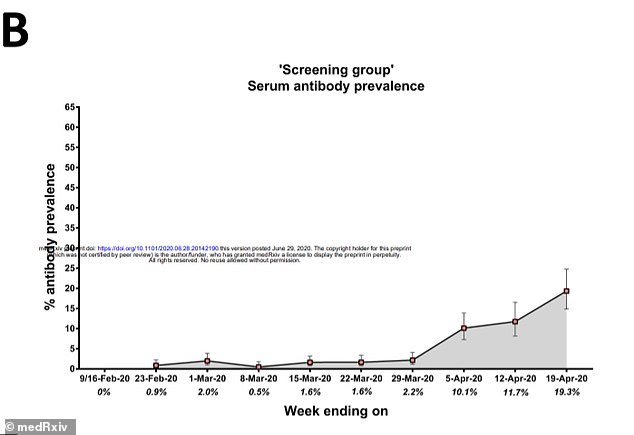 This means the virus was likely circulating in New York as early as late January or early February. Pictured: A graph showing 0.9% of patients testing positive for coronavirus antibodies for the week ending on February 23

For the study, published on pre-print site medRxiv.org, the team analyzed around 5,500 plasma sample taken from patients at Mount Sinai Hospital in New York City.

Patients were split into two groups. The first group was the ‘sentinel group’ being those who visited the ER or were admitted to the hospital with suspected cases of coronavirus.

The second group was the ‘screening group,’ which consisted of people  who came for non-coronavirus visit such as OB/GYN appointments, transplant surgeries and so on.

Over two weeks, starting with the week ending in February 9, researchers did not find any antibodies for COVID-19, the disease caused by the virus.

However, on the week ending February 23, researchers found that 2.3 percent of samples, between 10 and 20, contained antibodies.

About 1.4 percent of people in the sentinel group had antibodies as did 0.9 percent of those in the screening group

This means these New Yorkers were likely infected with the virus about two weeks earlier before they recovered.

However, the first case was confirmed at Mount Sinai on February 29 and New York officials announced the first case in the state – a Manhattan woman who had recently traveled to Iran – on March 1.

Another slight increase was seen for the week ending in March 1, with about 5.2 percent among both groups testing positive for antibodies. 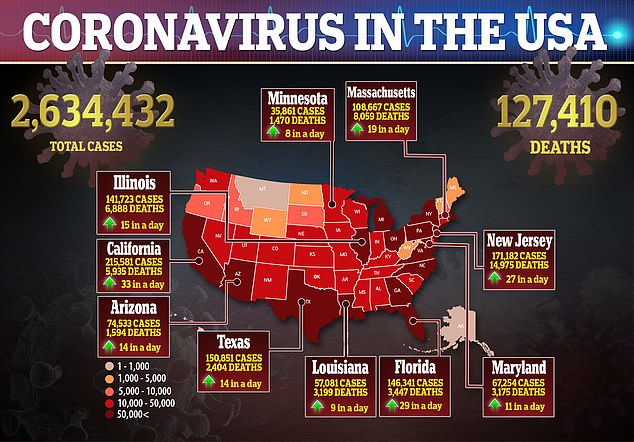 Both are below the estimated 67 percent that is needed to achieve community immunity against the virus.

‘These data potentially suggest an earlier than previously documented introduction of SARS-CoV-2 into the NYC metropolitan area,’ the authors wrote.

It’s unclear when the virus was first introduced, but it’s much earlier than previously believed.

‘It looks like there was at least low-level circulation.’ 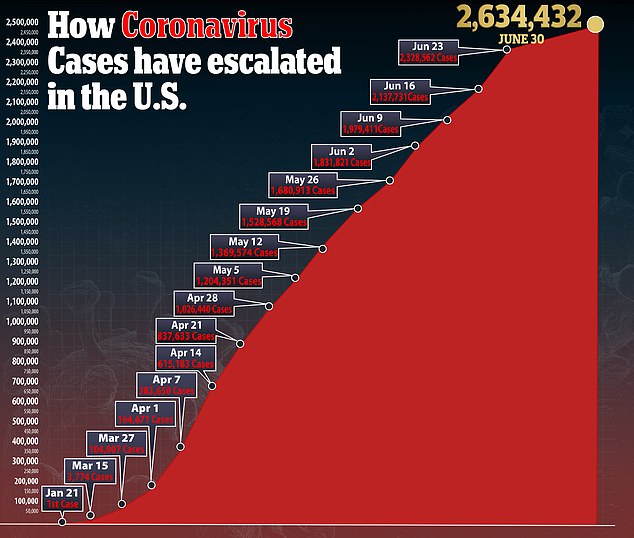 London Dungeons are as chilling as ever, get TWO free tickets with Sun Superdays

Fans threaten to riot if EastEnders kill off Patrick Trueman as...