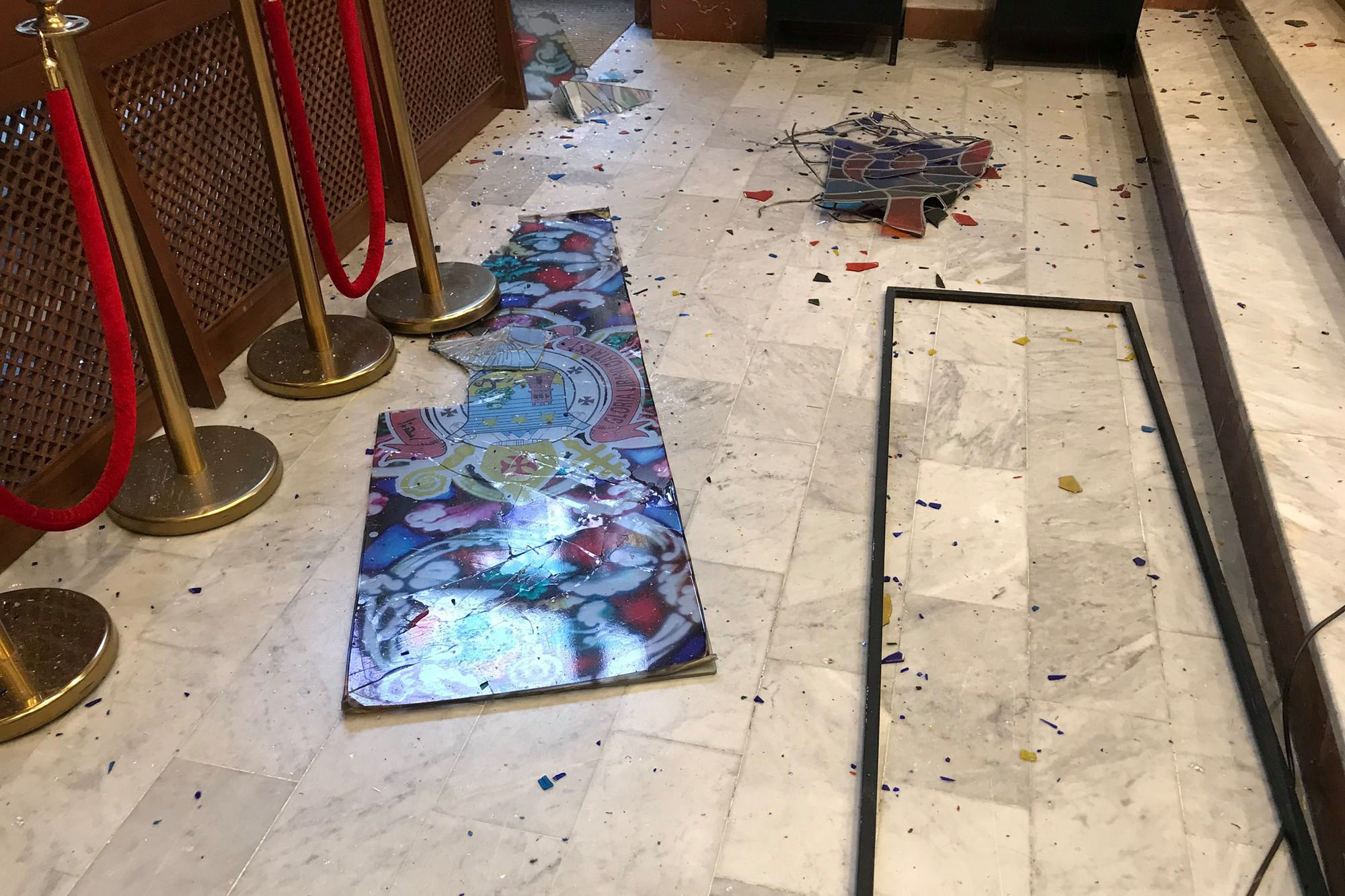 A Beirut priest was seen running in terror during a livestreamed Mass — as debris rained down on him during the catastrophic explosion that killed at least 100 people.

The priest initially continued his Mass as his church violently shook and the lights went out at the start of Tuesday’s warehouse blast.

Seconds later, a loud blast sent artifacts from the ceiling raining down on the church — with the priest sprinting away as the camera toppled from the violent shaking of the building.

The video, shared by Alhurra TV correspondent Steven Nabil, had been seen more than 1.5 million times by Wednesday.

The parish of St Maron Baouchrieh later shared photos of the aftermath, saying all the windows were smashed and even the iron door was ripped off during the blast.

The mass was livestreamed because of the coronavirus pandemic, the parish said on Facebook — with some parishioners watching from home among the injured.

“We thank God who protected those who were in the church from a confirmed disaster,” the parish’s message said, without detailing how many people were there at the time.

“We pray for every wounded that God gives him speedy recovery. And pray for all the fallen martyrs, may God have mercy on them and give patience to their family.

“We pray for the wounded Lebanon that has been exhausted by the scourge.”

Lancaster protester held on $1 million bail is a sorority girl