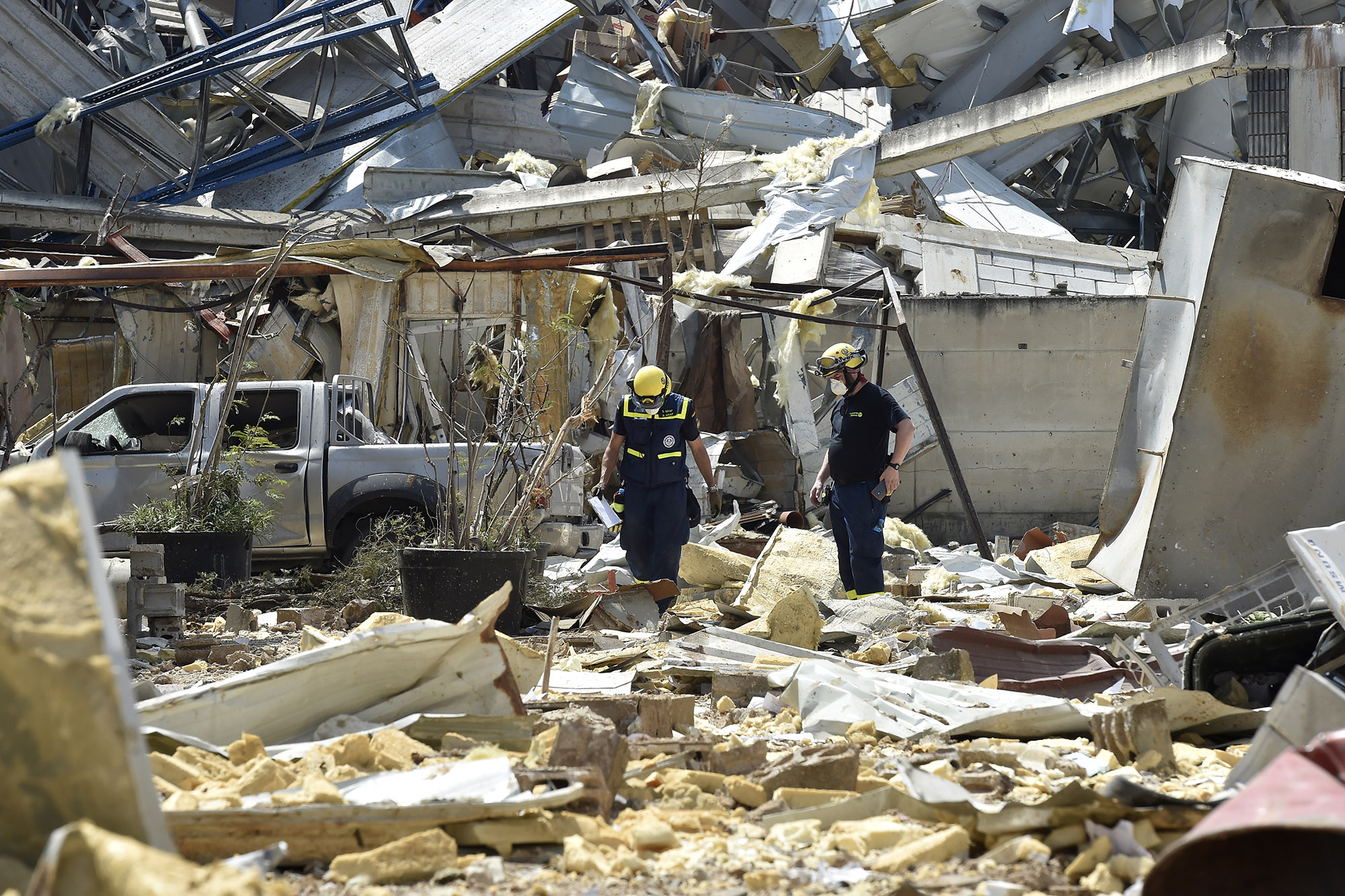 Lebanon’s president on Friday said the investigation into the massive explosion in Beirut that killed at least 154 people and wounded some 5,000 would seek to determine whether “external interference” had a role in the disaster, according to a report.

“The cause has not been determined yet. There is a possibility of external interference through a rocket or bomb or other act,” President Michel Aoun said in comments carried by local media and confirmed by his office, Reuters reported.

He said the probe was being conducted on three levels. “First, how the explosive material entered and was stored … second whether the explosion was a result of negligence or an accident … and third the possibility that there was external interference.”

Aoun previously blamed negligence in the storage of 2,750 tons of ammonium nitrate for years at the capital city’s port.

Meanwhile, rescue workers on Friday continued to search for bodies from the massive explosion.

At least four more bodies were recovered in the last 24 hours and many people remain missing after Tuesday’s blast, which destroyed a large grain silo, ravaged the port area and left large swaths of the city in ruins.

The atomic bomb-like explosion was apparently sparked by the ignition of the ammonium nitrate — a chemical used for explosives and fertilizer — that had been stored at the site since being confiscated from an impounded cargo ship in 2013.

The government’s investigation into the disaster is being conducted amid mounting criticism from many Lebanese who blame the catastrophe on negligence and corruption.

Lebanese investigators will begin questioning a former Cabinet minister and the head of the port.

A person familiar with the probe said the questioning of Ghazi Aridi, who was public works minister in 2013 when the ammonium nitrate arrived in the country, and Beirut port chief Hassan Koraytem will take place Friday.

Several countries have sent search-and-rescue teams to help locate survivors. Among those located in the debris near the silo was Joe Akiki, 23, a port worker who had been missing since the blast.

French and Russian rescuers with dogs searched the port area Friday, a day after French President Emmanuel Macron visited the site, promised aid and vowed to press for reforms by Lebanon’s political leaders.

The explosion injured some 5,000 people and left 300,000 — over 12 percent of Beirut’s population — unable to return to their uninhabitable homes. Officials have estimated losses at $10 billion to $15 billion.

“There is no way we can rebuild this house. Where is the state?” said Tony Abdou, an unemployed 60-year-old, sitting in his home in Gemmayze, a district that lies a few hundred meters from the port, Reuters reported.

“Do we actually have a government here?” said Nassim Abiaad, 66, whose taxicab was crushed by falling building wreckage just as he was about to get into the car.

The UN human rights office is also calling for an independent investigation, insisting that “victims’ calls for accountability must be heard.”

Spokesman Rupert Colville of the UN High Commissioner for Human Rights cited the need for the international community to “step up” to help the country.

He said Lebanon is facing the “triple tragedy of a socio-economic crisis, COVID-19 and the ammonium nitrate explosion.”

What is The Singapore Grip? Meaning explained