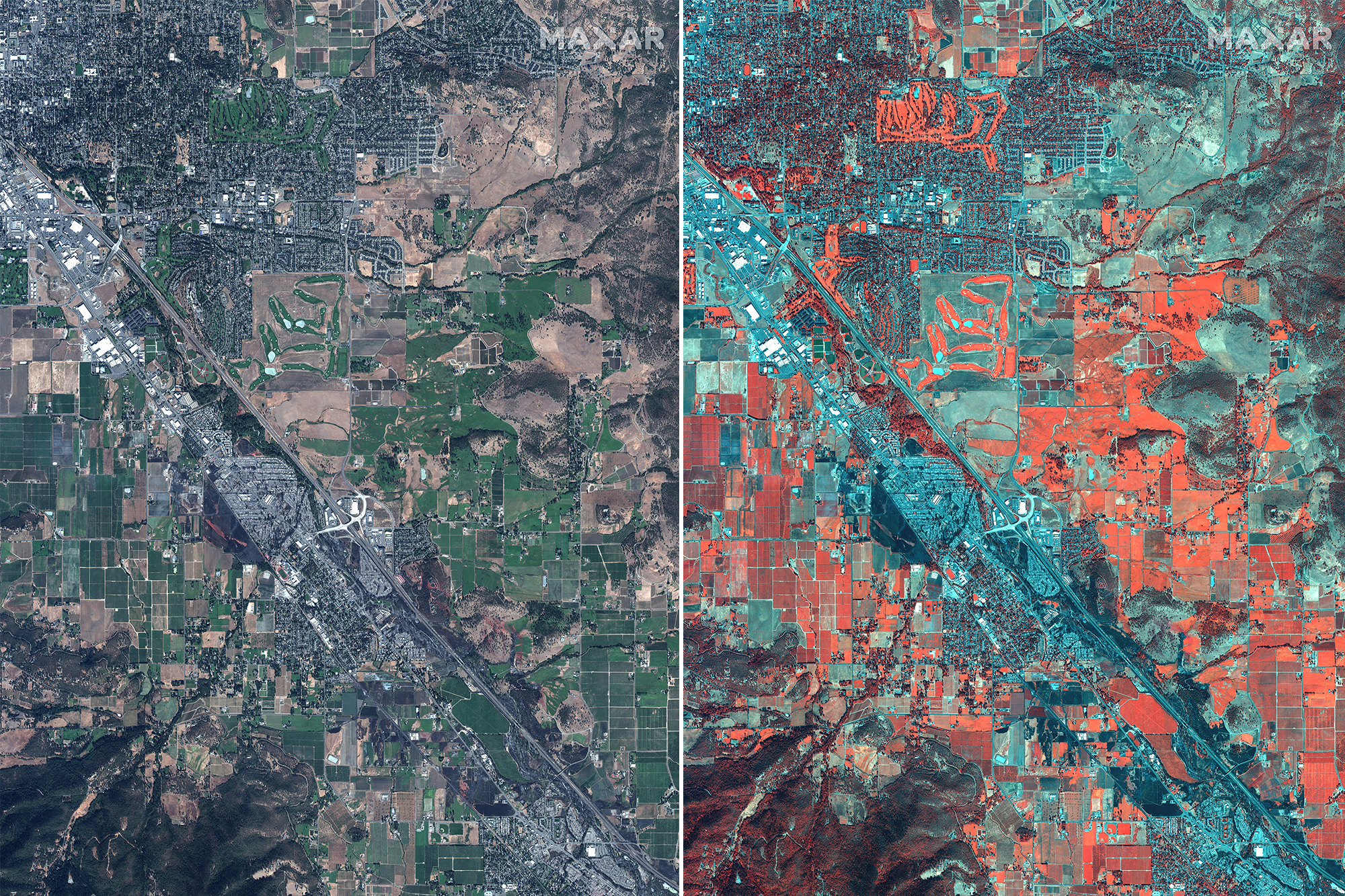 Devastating wildfires have burned entire Oregon communities to the ground — and these new satellite images show the staggering extent of the destruction.

The before-and-after images photos show neighboring cities of Talent and Phoenix in Jackson county all but reduced to char by the fast-spreading Almeda fire, which began Tuesday morning in Ashland, Oregon Live reported.

He said roughly a dozen businesses in the city of about 4,650 were destroyed along the town’s main thoroughfare.

“The house next to my house is burning as we speak,” Luz said.

Talent City Manager Sandra Spelliscy said her city, which has a population of 6,465, looked like “a bomb blast that has just leveled everything.”

At a press conference Wednesday, Oregon Gov. Kate Brown said five towns were “substantially destroyed” by the intense blazes, as widespread evacuations were ordered in the northwestern part of the state.

“This could be the greatest loss of human lives and property due to wildfire in our state’s history,” she said.

Two people were confirmed dead in the Santiam Canyon region, 60 miles south of Portland, officials said, warning that the death toll would rise.

Fourteen wildfires had broken out across Oregon as of Wednesday night, according to the National Interagency Fire Center. The infernos are among a swath burning along the West Coast, including in California and Washington.

Back pain: Shock waves down your spine could help ease an achy back