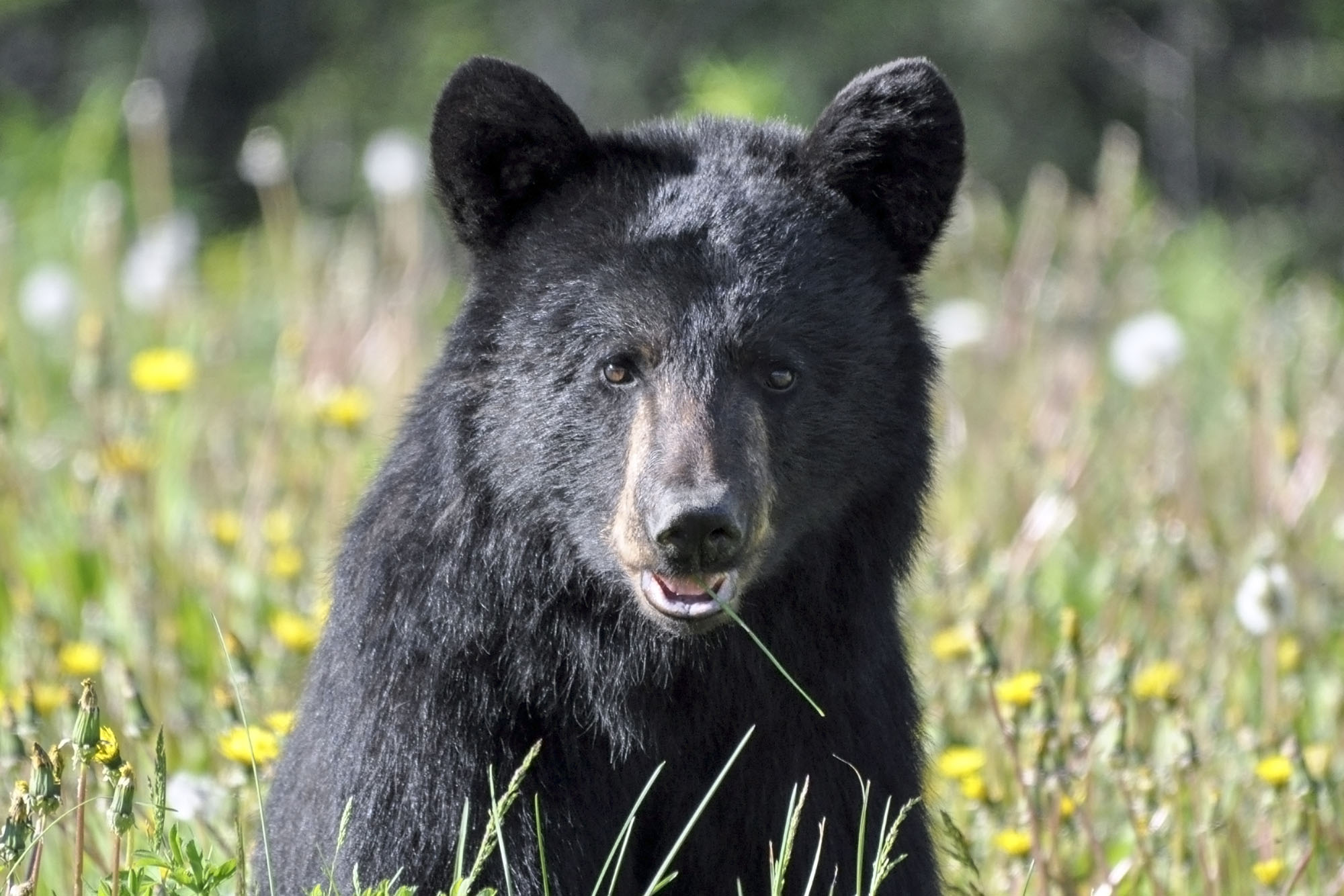 Two men barely escaped with their lives after a bear followed them home.

Brandon McVey and Norman Lott were returning to Lott’s mobile home in the Switzer Village Mobile Home Park in Alaska after a night out last week. When the men left the door open — a black bear waltzed in, shocking the men, Lott’s wife and their 10 children.

“Norm, he’s got like 10 kids, and they’re all in the living room,” McVey told the Anchorage Daily News. “[The bear] had walked past us, and he was walking toward the kids.”

While the children and Lott’s wife tried to hide, the men started yelling at the bear who reared up and lunged at McVey and Lott.

“He just jumped up and basically hit me, and then I kind of threw an elbow the same time he was hitting me, and he sat me right down,” McVey told the paper.

Lott was also thrown to the floor before the bear tore up a wall, ripped a window from its frame and escaped.

McVey suffered puncture wounds on his chest and deep scratches, reports the paper.

Woman shares ‘genius’ hack for getting hard-to-reach crumbs out the oven with a straw...

Rare books worth more than £2.5m stolen from UK discovered in Romanian countryside

Amazon Prime Day day date revealed – and shoppers can get...