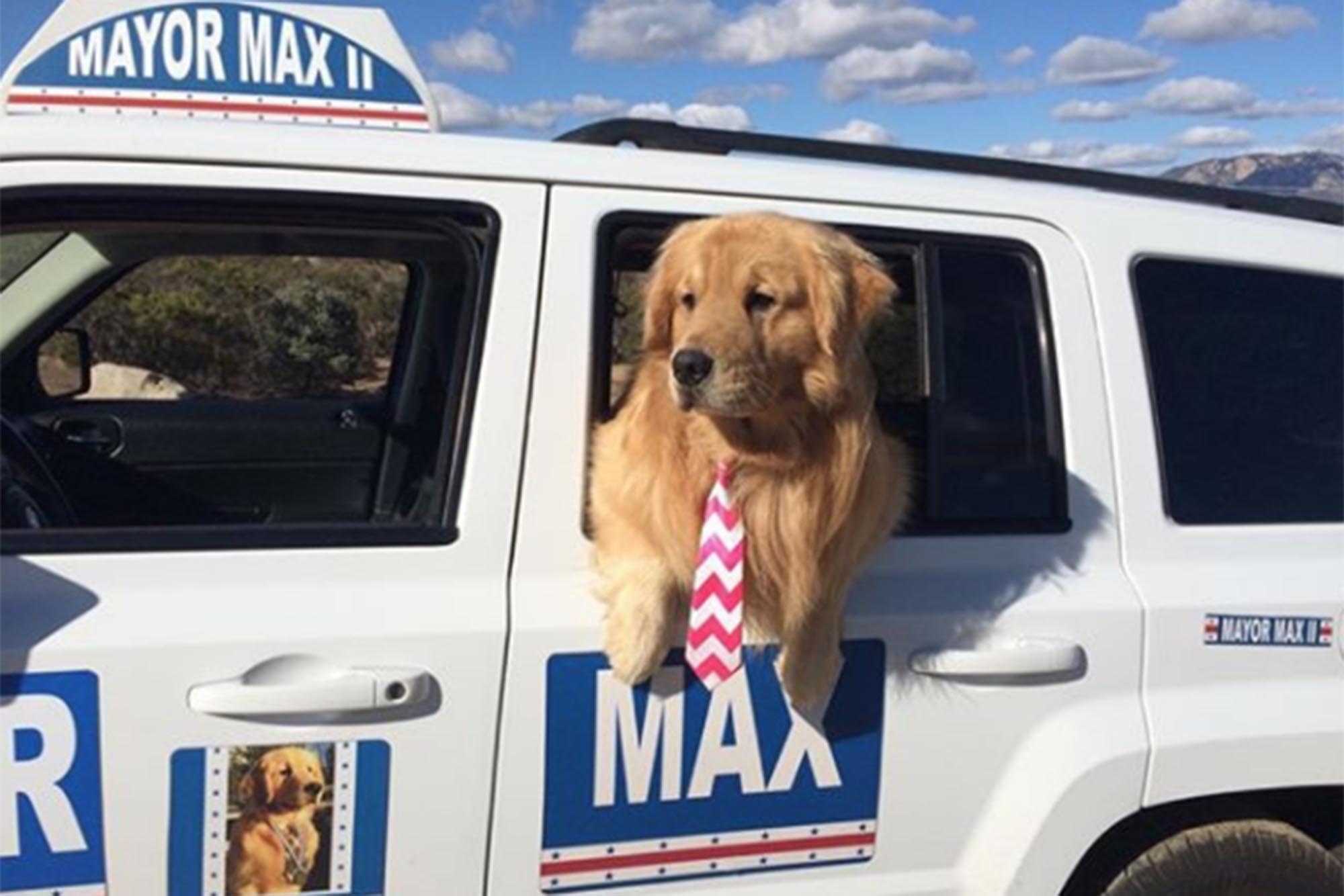 And he’s got important business.

“We Mayors of Idyllwild all just got to go to the Dairy Queen, and we each got a vanilla cone,” he “wrote” in a recent post.

“I was sporting a new tie today. I think it looks pretty good. What do you think? I hope you think I look handsome or cute! Let me know,” he had in another post accompanied by a picture of the dog sporting a red tie. The consensus? Handsome.

The canine politician entered the race as Idyllwild is a non-incorporated town, and therefore has no human mayor.

Max II was elected after his predecessor, Max I paved the way, according to Max’s website, MayorMax.

“Idyllwild Animal Rescue Friends (ARF), a non-profit 501(c)(3), sponsored Idyllwild’s first-ever mayoral election. Any local resident was permitted to nominate his or her dog or cat. Fourteen dogs and 2 cats were nominated and ran for office. Constituents cast their votes via $1 donations each, and all $31,000 of the proceeds benefited ARF.”

After winning with two-thirds of the vote, Max’s popularity “moved the people of Idyllwild to appeal to ARF for his continuation in office beyond his one-year term. On February 9, 2013, ARF announced the extension of his one-year term to a second and final year, ending on June 30, 2014.”

Max II is helped out by the brother and sister duo of Mikey and Mitzi (Mikey Mighty-Dog Mueller and Mitzi Marie Mueller, both Golden Retrievers) who stand as deputy mayors.

According to the hound’s website, his job description says he has to “promote this mountain community on and off the Hill,” “support commissioners in their projects,” “strive to be present at community events such as outdoor concerts, festivals, fairs, and the July 4 parade” attend “mixers” and “speak out on behalf of the animals of this mountain, domesticated and non-domesticated.”

Amir Khan insists Kell Brook is ‘avoiding him’ by ‘moving up in weight’ as...

The skin condition that may be a sign of type 2...